I'm a weirdo! I know it! I'm not afraid to share it.... But I have been trying to keep it off the world wide web here lately while I ride these meds out. However.... I said that, Unless anything else interesting happening, I wouldn't be back..... and then I got into another car accident. Yup! But this time.... It wasn't my fault. Actually if you ask me, it wasn't really the other guys fault either, but he's the one that walked away with the ticket. I was coming back from picking up dinner when he was pulling out from a stop sign and hit me in the front- on the other side from where I hit the other other lady a few weeks ago. Other than my shoulder really hurting and I now need all the lights on the other side of my car replaced, everything is OK. My nerves are not... and I really don't want to drive any where... At All.... But when your the only one in the house with a driver's license..... you kinda have to. 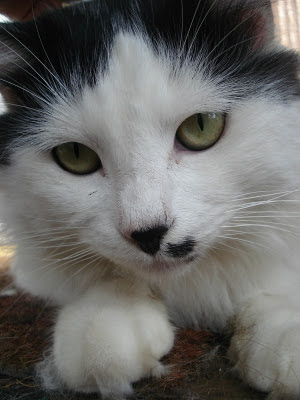 I don't know.... the whole thing has got me thinking.... Thinking that someone out there is trying to say something to me.... And without offending anyone or without getting into some big long discussion on religion.... We will just say I tend to question it a lot..... and was asking my self if a higher power wasn't trying to tell me something... so I googled "subliminal messages from God, car accidents" and I shit you not the first thing to come up was a add for the Chrysler 300-
..........................................the Car that I got hit by last night!...... Umm hello.... I had to laugh- If that wasn't eerie then I don't know what is.... I still don't know what it is that I'm suppose to take away from all of this. And believe me it will drive me crazy until I do. Yes, I am one of those people that over think life, lol. Have no fear though, there are other things in my life that I am able to start relaxing about now..... I finally found some paperwork I've been looking for that I lost earlier this summer.... and Over the weekend I found a pair of earrings that I thought I had hid in Cora's dollhouse(I've been looking for those everyday since August!!). I was at the point where I was looking in pots and pans, digging through drawers, and had even begun picking threw the curtains before I decided to look in my jewelry box....again....for the 30th time.... and there they were.... as if they'd just magically been put there..... If I didn't know any better, I'd swear there's a ghost in my house that is playing horrible tricks on me, but I just keep telling myself it's this God Damn Medicine. I do think it's working though.... :D ... I haven't had the night sweats in weeks- but it's got my crying most of the day, and it's giving my heart one heck of a work out.... Other than that life is just Grand, LMAO...... 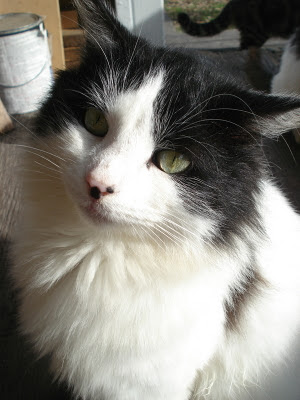 And I have I'm thinking 50 half finished 'Christmas' Birdhouses sitting on my table. Another side effect of the medicine-extreme procrastination, lol. I'm close to being done with some of them though....the little ones just need roofs, and I have some with doorknobs that I'm going to try and add snow topped roofs to. Oh- and I have new ones with faucets as perches! I have several bigger ones drawn out.... and I have tons of ideas, I just can't seem to stay focused on anything. Hopefully after Christmas.... when all the holidays go away I can try and focus and I'm just going to have to list Christmas stuff all though the Spring. Then it will be on to the bunnies:) If anything I will try and have some preview pictures for you this weekend.
But for now.... I gotta figure out how to get rid of this Bah Hum Bug attitude. 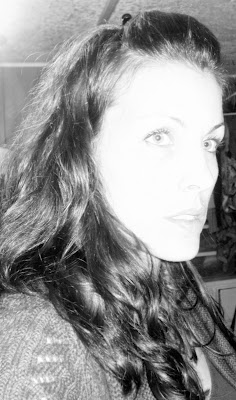 I don't want it rubbing off on the family, but I'm afraid it already has. Maybe I can learn to like Eggnog?

**Thought I'd throw in some pictures of what we call 'The MarshMallows'.... They've got their winter coats on and are as big as houses....Two big White fluffy cats with black helmet heads..... That's Boogs in the top picture and Freddy in the bottom. And then there's me... I donated my hair recently! did I tell you? I have thick hair- so they were able to get 4- 10 inch pony tails! And as you can see.... it's still pretty long(I was able to sit on it before I cut it).... My father would have a Fit if I cut it any shorter- Yes! Even at my age! lol It's what happens when you come from a family of all girls. And it is soooo much easier to take care of now- My heart loves it! lol

Until Next Time
Posted by Katie at 6:25 PM

Coincidences do happen and sometimes they seem very strange but they are just coincidences. Just do what you can. Have you ever heard of the saying "Let go and let God". Sometimes it 's the best thing to do. Don't worry about the earrings. The main thing is that you have them. You look very pretty with your hair which I consider to be very long. Have you ever thought of taking the bus? Just perhaps on those days when you don't feel well, you could do that. Just a thought. Take care!