When we were sitting in line this morning at Hardee's, a ladybug flew in the window and landed on my arm..... And I knew at that point it was going to be a good day! The Dollhouse show we went to in Williamsburg was not that bad! I'm thinking there was about 20 vendors there...and most had at least 3 tables filled up with goodies:) Wouldn't you know that I took my camera, and somehow managed to leave my memory card at home! Sorry! I was really hoping to get pictures for ya'll.

So, You wanna see what the bf bought me??
I'm starting with my Best buy! Or should I say my favorite buy! I bought this from Mary Johnson... and it's made by Terry Curran..... Beautiful, Beautiful piece! 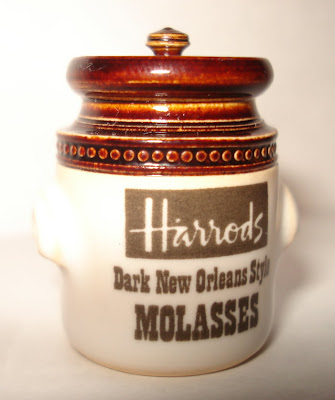 I fell in love with these little Russian Dolls, and new one needed to come home with me! I just love the little bird! I believe I bought from Small Talk... The receipt didn't say, and I'm going from the brochure I got from the show. 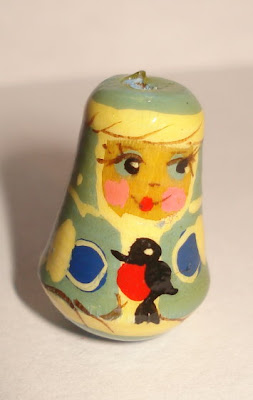 These next few things came from Cottage of Miniatures. I do have all the email addresses if anyone wants to contact any of these people:)
.....The jug will be going into MarshMallow Manor..... The Windex is for Cora's House....And the glass of chocolate milk will be going into Katie's Corner to sit with my bagel and cream cheese. I've been after a glass of chocolate milk for some time now!!! 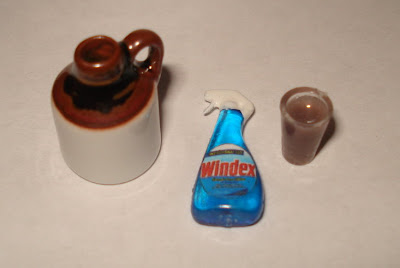 Most of these items will be going downstairs in Katie's Corner... but I'm thinking that little angel will be in The Painted Lady before it's all over with. 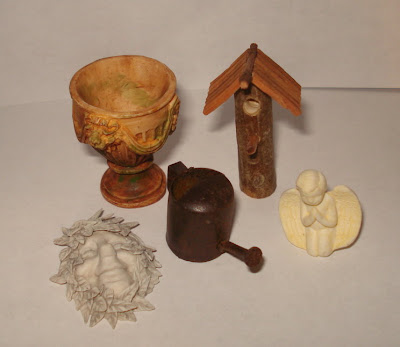 And did you see this Greenman... Here's a close up: He's got the longest, cutest nose! 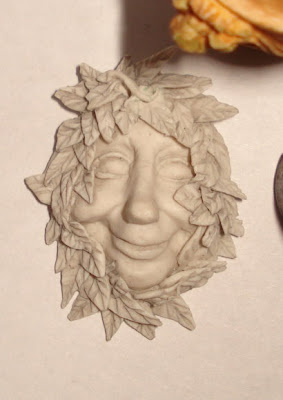 This is one of those 'special things' I've been waiting for for The Painted Lady!! I'm going to paint it or something...Just haven't figured out what yet. I'd almost like to decoupage it with newspaper or flowers or something..... 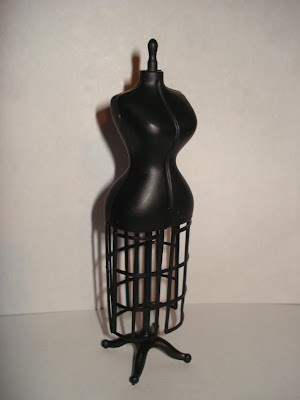 Now.... You know what cracks me up..... The BF bought more than I did! LMAO! I asked him today if he ever thought he'd grow up to attend miniature show and/or buy dollhouse miniatures...And he laughed with me as he said No. lol....
So here's what he picked out: These came from the Cottage of Miniatures, too!
He got a clever and a bottle of Jack Daniels, What a combination there, huh! 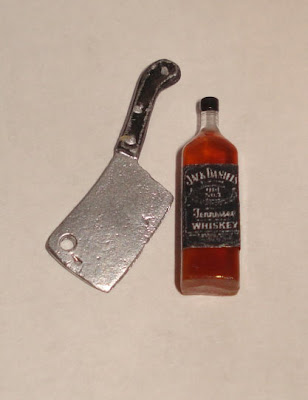 He also found the tiniest Jeanne bottle. And I found him a little Pirate Tankard... 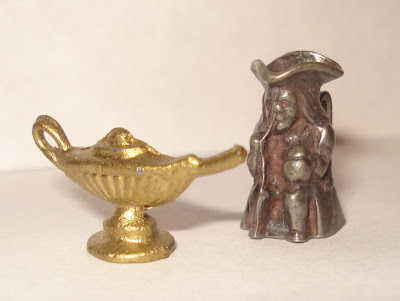 He was so excited when we got home and he got to show me all the books he picked out. Most of these books came from Debra Hammond. She also had the most beautiful Dolls! And some of the tiniest wooden chairs I've seen! If you make the picture bigger, you should be able to see the titles.... There's also an axe and 2 swords in the picture. I believe the swords came from the same Ladies that were selling the Russian dolls.... 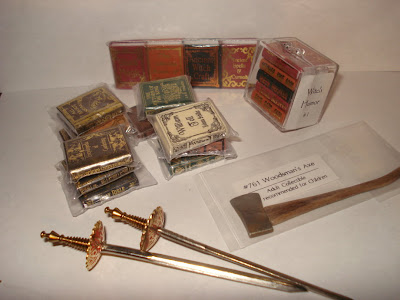 ...And the Axe and the next picture came from Suzan Harville... The dueling set of guns is probably his favorite purchase! Now if I could just get him to build that 'Man Room"!! LOL.... oneday! 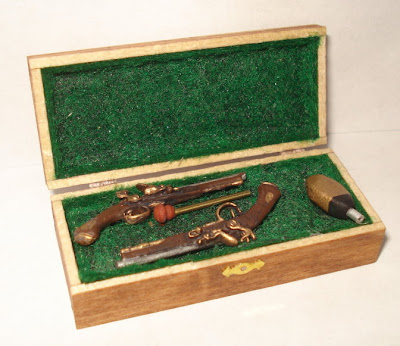 What stash! You did quite well at this show.

Katie, the way to do it is start building a man room for him and then tell him that you really need help with it.....You know the poor helpless female ploy. LOL I have some very small Russian nesting dolls that April brought back for me. I am going to have to dig them out and a really cute Russian pig.They will work well in the cottage.

I love those Russian dolls too and last week found some small earrings which I am thinking of adapting into minis :). I also found some nesting dolls that are Indian. So neat! But so expensive so they are still in the shop :).

I love practically everything that you have bought but you know the best thing? Is that your bf is there with you and doing the shopping himself. It's so wonderful to be able to share your passion with the bf. :)

Katie- I'm so glad you were able to go! What great mini's you found!