The next Phase of the Treehouse

Good Morning! If you haven't read the last 2 posts, you might want to.....It will catch you up to speed!

So, at this point, I had also built up around the top to create what will later become a branch. Eventually, it will all be covered with paper clay, and you won't be able to tell the difference:) I also had to cut out the front stairs to build my own at a later point 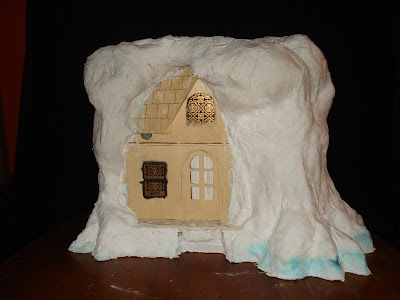 I love how you can only see part of the house....How's it's peeking out from the trunk. I do have to admit, that this has probably been one of my favorite projects! 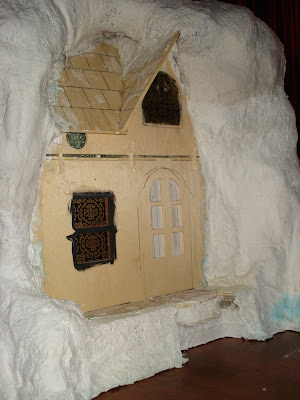 I took the 'trunk' around the back, too. It will all get blended in in the long. I'll be painting this when it's all said and done. 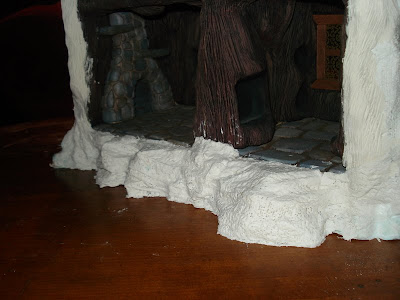 If you look at the top middle of the next pic, you can see how I've started to blend it into the inside of the house. 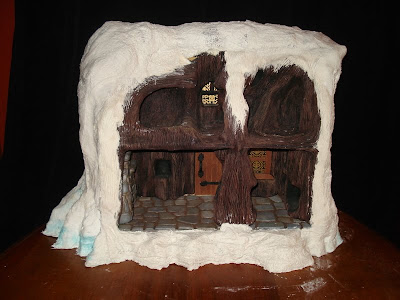 In the last pic, I've added the front steps, and have begun to paperclay the tree house. 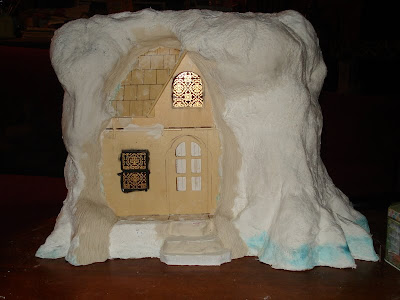 I have one more set of pics to post, before I can get to the birdhouses.....
I was waiting for it to warm up a bit, and it would be nice if the Sun would come out.....Either way....
There are pictures to be taken!

So
Until Next Time...

THIs is fantastic katie! I can imagine how excited you are, it seems so fun to do, but i think is very difficult to achieve a old nice tree around the house. I don´t think I could do it...
love
Ana