Thought I'd show you what I've been working on for the past couple of days.....First we have some artwork for Cora's kitchen.....these will be hung next to the stairs.

Last night I went to that website Casey sent me to~ You can find the link in the comments of my last blog.......And printed out some games. I printed out 3 Monopoly games....my father used to collect these, had them in 20 different languages, until my Mom donated them to the High School while he was out to sea once......LOL, She was in one of her cleaning moods, and Dad had soooooo many board games. I bet he still wishes he had them....So in memory of my father.....Cora gets lots of Monopoly games! 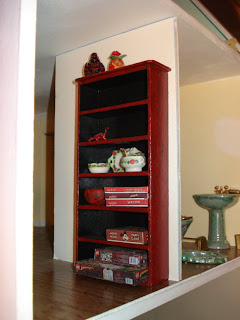 Then I found some food printies...Poor Cora's fridge is empty, so I thought I'd make her some stuff.....LOL.....I'm a little stuck on these milk cartons though, lol...I'll have to play with that some more today. I know How to fold them, it just wouldn't work for me last night, haha. Oh...and there's some books for the nursery. See that box of cream cheese in the middle....it's so tiny!! I LOVE Cream Cheese!!!! 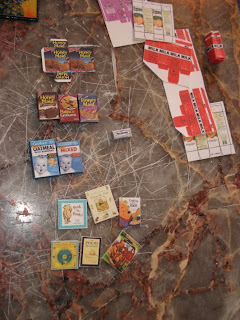 This next picture is something I'm working on for Sylvia.... She's doing a beach house, and I told her I would send her some sea shells....but I just can't send one thing: So Sylvia...if you reading this, would like to have any or all of these 'nautical' prints??? The one in the middle is a sailor and a mermaid, and the two on the outside are of 'sailors'. (They're not finished yet......still have to be glued down.)

I also printed out this activity center box to go in the nursery.....and there's also a little pineapple house print I found. 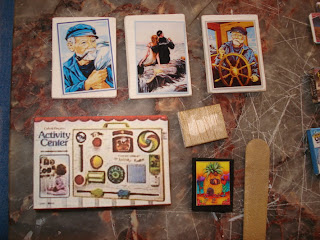 I also made some beach magazines...... 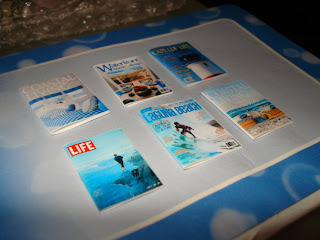 And the last picture is of the kitties again.....They're still on the couch~ Lazy, lazy, lazy!! And today, Otis is using Pocus as a foot rest.....Doesn't he look sooooo comfortable!! Haha 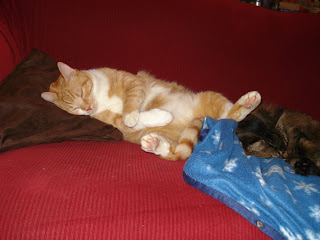 busy busy! cute stuff! I know, printies are so fun! It's so fun finding stuff to match. Love the pineapple prints! It all makes the house look so real. I love filling the fridge. I want to do one in half scale and some are sooooo small to fold!

I had to tear myself away from that printie page Casey shared. So many cool things!

Makes me wish my printer didn't suck. I think for Yule I am going to ask for a new one.

I love the printies, specialy the one with the mermaid!!!
Sylvia

These are so amazingly detailed! I haven't tried printies yet but this really makes me wanna try. It just brings that little extra touch of realism into the miniature scenes!!! Love it! -Ara

Crikey girl! There's no stopping you now you have a printer is there?! All your printies look great!
Mercedes