So.... Has anyone else out there discovered Squinkies yet??? A few weeks ago, I was googling Belle and came across these new toys.... There's actually a whole set... I just can't seem to find them anywhere in an actual store.... But... today... I was in the 5 and Below store and found this little pack of 2 squinkies... I think they're perfect!! There's all different kinds, they'd make really good fillers for toy stores and kids rooms:) 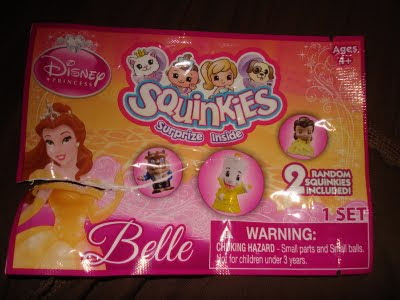 OK, so I LOVE Disney!! And I LOVE Beauty and the Beast! Ever since I got the tiny Belle from Disneyland (on the right) I knew I wanted a whole collection of Belle stuff.... Mrs. Potts and Chip on the left came from a Disney Princess doll set.... and the Mrs. Potts in the middle was one of the squinkies I got today.... 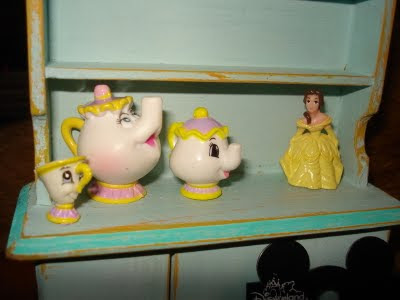 And I got the Beast:) He's just too cute! 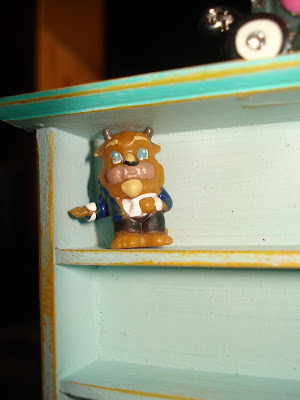 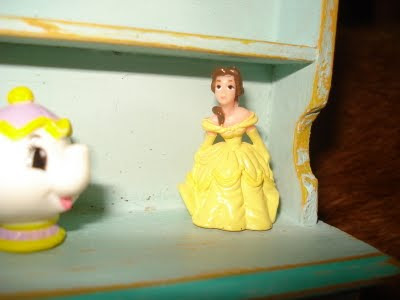 Seeing as I was having a hard time finding Belle stuff.... I decided to try and decided to start collecting princess stuff.... Hence came this pumpkin carriage:) It's a cell phone charm I bought on Etsy. I also have a sterling silver one I got from Disneyland, but I haven't decided on whether I'm going to use it or not.... ((that's Otis I'm using as a back drop, lol)) 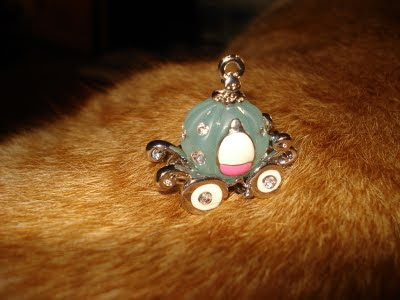 Here's something else I picked up this week.... Not too sure what I'm going to do with it... but I knew I needed it.. and it was on clearance! Just can't pass up those deals ya know, lol. 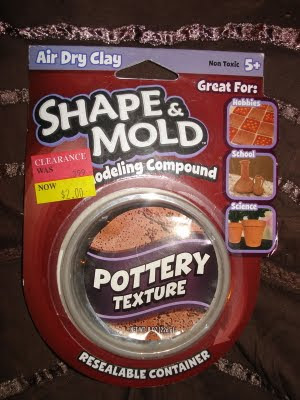 And now for something a little different.... I've been making tags. Not too sure what I'm going to do with these either.... but it keeps my hands busy! I've been using my circle punch... and cutting up every bit of trash I can find.... Cookie boxes, cereal boxes, pizza... candy... a cat food box.. a waffle box... You get the idea. I did sand down the edges to give them that aged effect, now I just need to punch holes and tie some string to them.... Maybe I can give them out as Christmas Presents this year! 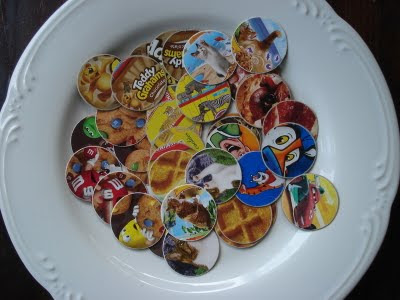 ... I've also been playing around with the aging techniques..... Here's the signs that had gotten washed away.... I went back over them with fingernail polish remover to see if I could get them to do anything different. The first one just smeared more..... so did the second one. The last one I took a lot of fingernail polish remover to... and it ended up smearing the crackled paint, too. It's a neat effect, but I was hoping to see my paint bubble up. Oh well..... Lesson learned.... 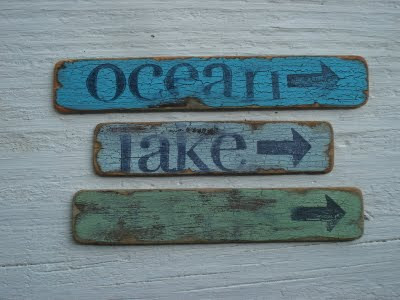 Did you notice the background in the sign picture has changed.... Seems the park doesn't like our trailers to look 'shabby chic'... and told us we needed to paint. I started on the porch last night.... It was just too damn hot!! But it does look better..... 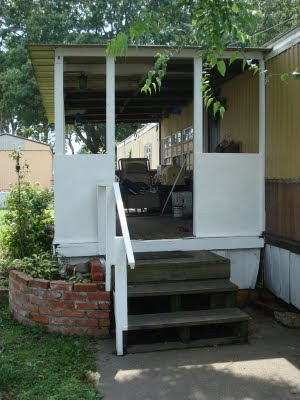 Tomorrow I get to paint this side... and eventually make our way to the trailer itself. I want a green trailer! Like a sage green.... I think it will look good with all my red brick:) 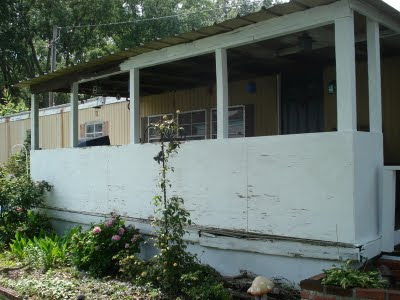 My poor trailer.... It hasn't had NO upkeep since I've lived here... And it shows..... There's so much that needs to be done... painting it is really my last concern, but I don't want no crap from the office, so I'm painting right over all the bs.... LOL! One day all the rotten wood will get replaced.

Alrighty then.... I'm off to rest a little while.... Been running all day, and I'm pooped!

You can get Sqinkies at walmart, funny story I just bought a set of cars 2 for my mini little boys room and next pay i am going to pick up a princess set for the little girls room.Walmart have all kinds of them, cars, princess - beauty and beast, cinderella, ariel,

If you can not find a certain set I can gladly try to get you a set. let me know. They are the cutest things.